The Best Chess Forum On The Web

Anyone have this John Watson title? Thanks!

Thanks to the original uploader at ChessIndia!

Such has been the acclaim for John Watson's ground-breaking works on modern chess strategy and his insightful opening books, that it is only natural that he now presents a strategic opening repertoire.

It is the chess-player's holy grail: a flexible repertoire that gives opponents real problems but doesn't require masses of memorization or continual study of ever-changing grandmaster theory. While this book can't quite promise all of that, Watson offers an intriguing selection of lines that give vast scope for over-the-board creativity and should never lead to a dull draw.

The repertoire is based on 1 d4 and 2 c4, following up with methodical play in the centre. Watson uses his vast opening knowledge to pick cunning move-orders and poisonous sequences that will force opponents to think for themselves, providing a true test of chess understanding. Throughout, he discusses strategies for both sides, so readers will be fully ready to pounce on any inaccuracies, and have all the tools to decide on the most appropriate plans for White.


About the Author
International Master John Watson is one of the world’s most respected chess authors. In 1999, his Secrets of
Modern Chess Strategy won ‘Chess Book of the Year’ awards in the USA and the UK. He reviews chess books
for The Week in Chess and hosts a weekly radio show on the Internet Chess Club. His bestselling four-volume
work Mastering the Chess Openings has reaffirmed his reputation as a perceptive and authoritative chess
opening writer.

A Strategic Chess Opening Repertoire for White by John Watson is something rare these days. Not so long the idea of writing a comprehensive opening repertoire book just a little under 300 pages seemed pretty reasonable, but the bar was reset with the publication of a massive two-volume work (over 1000 pages) on 1.d4 by Boris Avrukh. With expectations raised, it requires a very skillful selection of lines to meet all of Black’s defenses major defenses to 1.d4 in the space Watson has to work with and still have them pack a punch. He is up to the task.

The index below gives an idea of how the veteran American International Master gets the job done. He has selected lines that while well-respected are not on the cutting edge of theory. By doing so he has limited the amount of theory that must be learned but in such a way that Black is not given a free pass.

A case in point is the proposed anti-Dutch weapon 1.d4 f5 2.Nc3, which packs plenty of punch and yet avoids the reams of theory in the Leningrad, Ilyin-Genevsky and Stonewall. Another example is the Anti-Benko weapon 4.Qc2, which turns out to be quite respectable and demands accurate play for Black. Ditto the Anti-Chigorin line 1.d4 d5 2.c4 Nc6 3.Nf3 Bg4 4.Nc3 e6 5.Bg5 (and 5.Bf4). Watson consistently recommends lines that aim for a small advantage of the risk-free type.

A Strategic Chess Opening Repertoire for White not only offers sensible ways to answer Black’s defenses to 1.d4, it also utilizes variations that work well together. This means meeting 1.d4 Nf6 2.c4 e6 with 3.Nc3. Facing the Nimzo-Indian is not the easy way but it has a bonus in that the Queen’s Gambit can be met by the Exchange Variation – a line that would not pack any punch after an early Nf3.

A Strategic Chess Opening Repertoire for White can be strongly recommended for players of a positional bent rated 1800-2400. 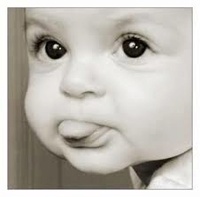